The Mystery of the Hexagon-Shaped Beehive (Heksagon)

naisfreedom in Stock Images • 8 months ago 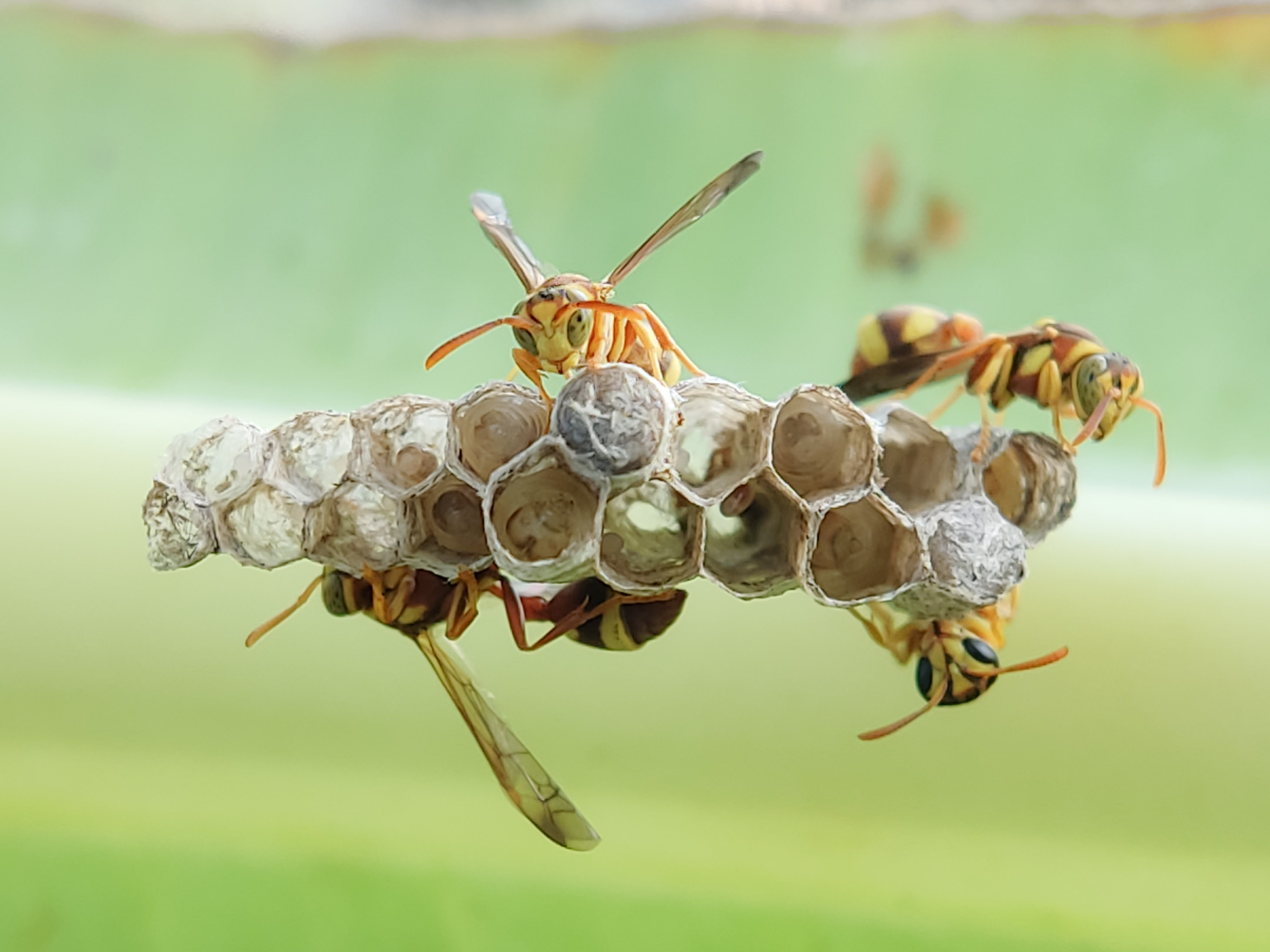 Ropalidia is a type of paper wasp in which this wasp is medium in size, not too large nor not too small. Dubbed as the Paper Wasp it was likely caused by its tiny nest in the form of plaid, roll-like paper. This wasp is a benign wasp and not too aggressive. Many types of wasps actually, there are wasps that are larger than these wasps and more aggressive, otherwise it can be said to be savage. But that's the little winged mahkluk wasp that is not happy to be disturbed.

Talking about beehives is very interesting where wasps have a special ability in forming a measurable hive shape and size as well as the durability of a very sturdy hive. In various places we can learn where wasps always complete their tasks perfectly as the architecture of the building. In this case the most amazing is this beehive that is in the shape of a hexagon or also called a hexagonal.

Ropalidia is part of the genus of insects that have the most benefit from anything done by it. On the face of the earth filled with flora and fauna, wasps are an important part of the ecosystem, where wasps are tasked with helping pollinate plants. From the work of the wasp ecosystem flora and fauna is maintained and survives onwards. 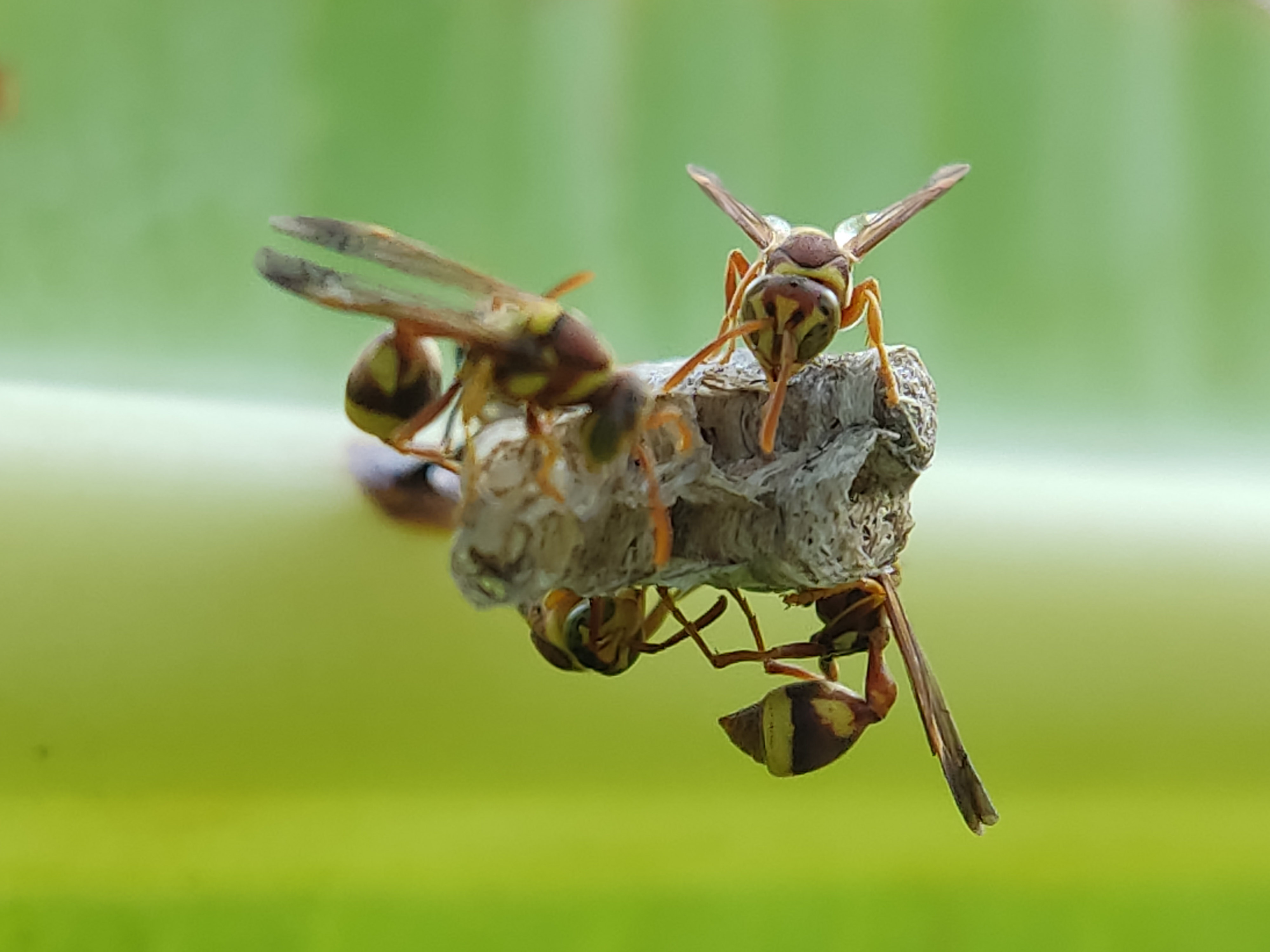 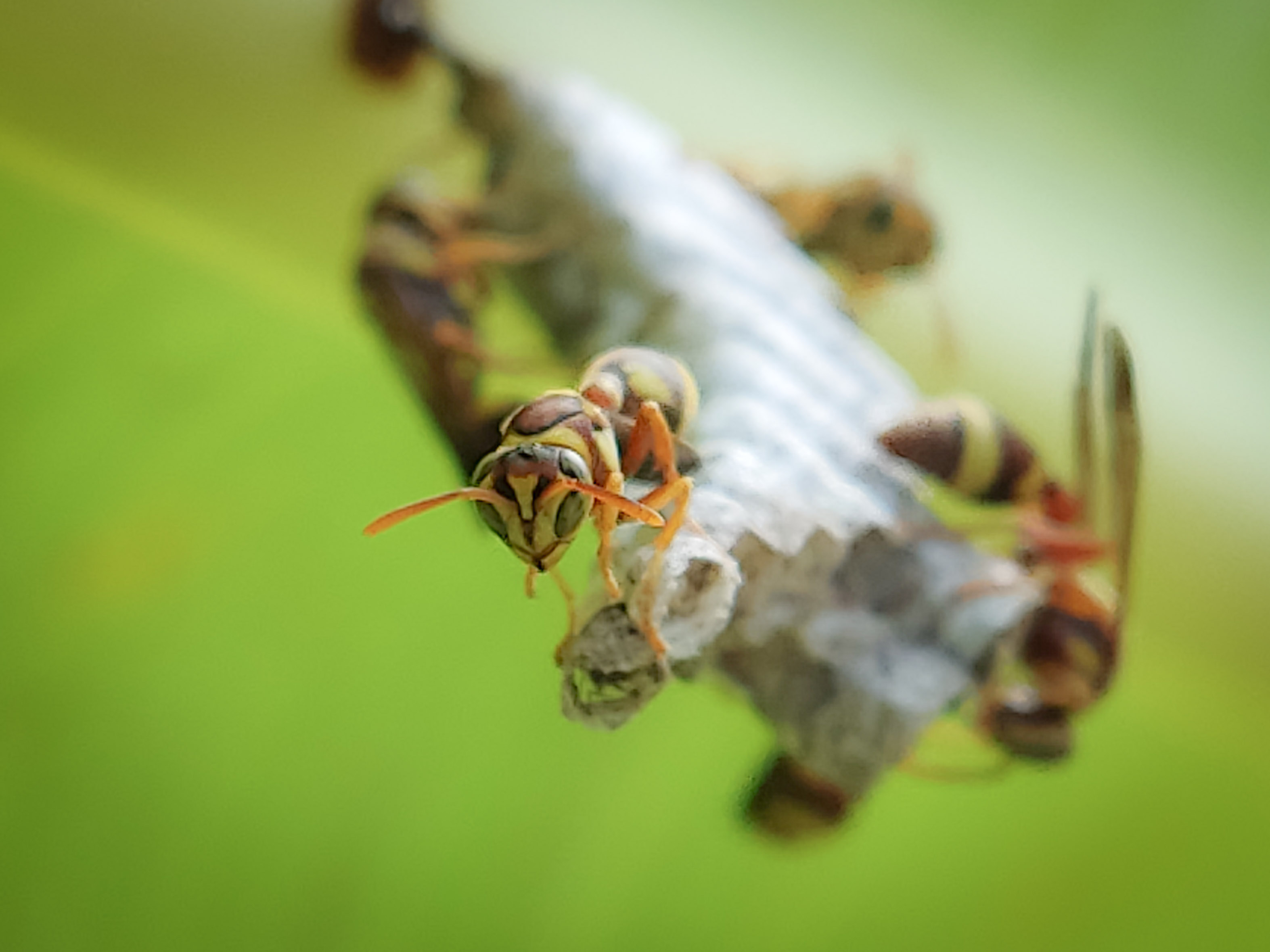 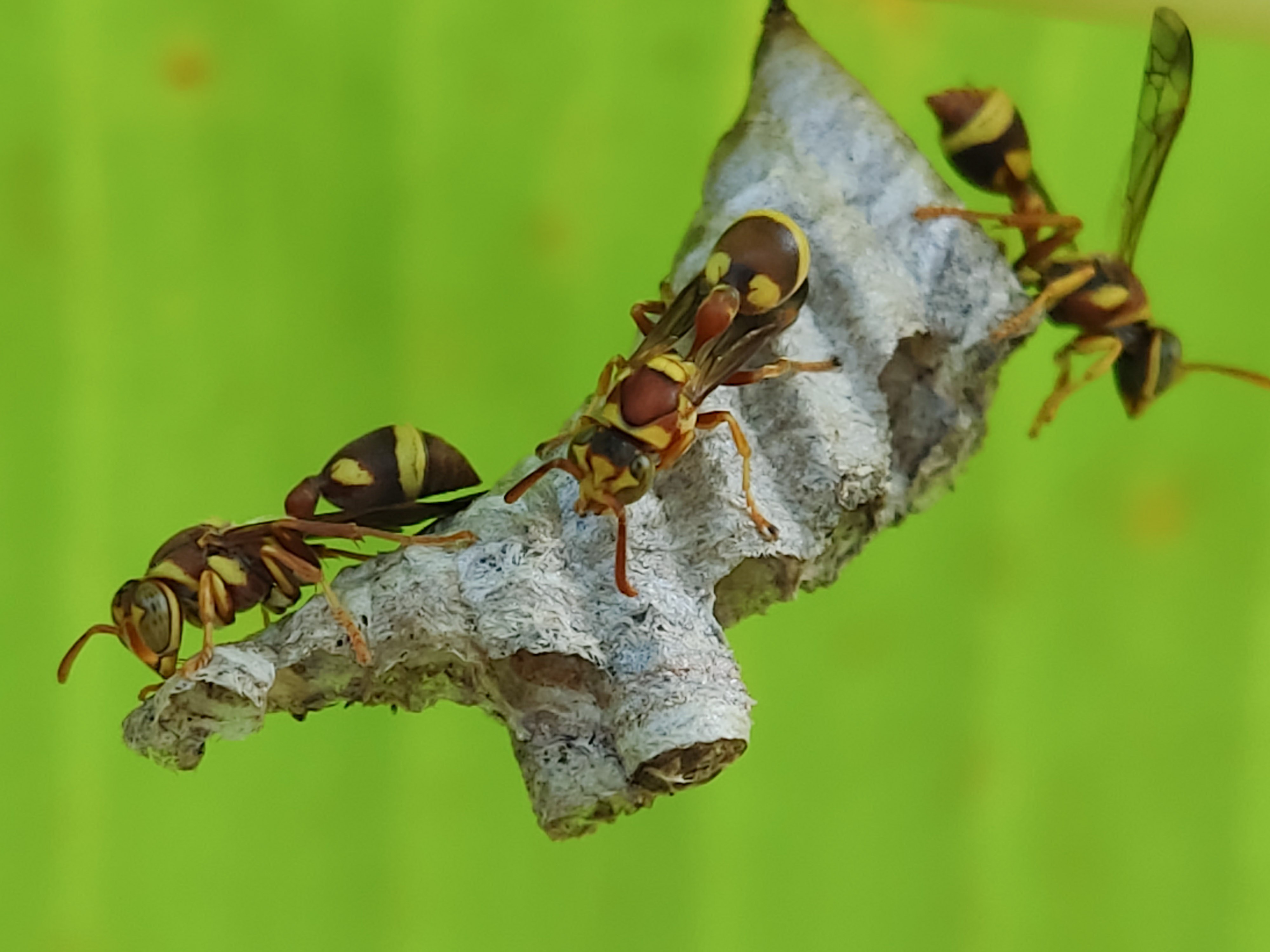 Beehives are very unique compared to insect hives in general, where beehives are hexagon-shaped and that still raises many question marks for science. As for the reason why bees build six-faceted hives or also called hexagonal

This leads to many being more alert to threats. That morning when I found this amazing hive, I realized I had to move slowly so that this bee wouldn't x
Misunderstand. I took a few photos as necessary and took the place to get a beautiful picture. This provokes the emotions of a wasp that is standing on top of its nest. I only realized when I checked the photo and immediately I was stunned to see the face of judes the wasp. From that photo I could feel the anger and stern warning emanating from his eyes.

Tonight I present this collection of wasp photos to the @stockimages community and I hope it doesn't disappoint. Many of the wasp images I took in the hope that this picture can add to our collection of references regarding wasps. 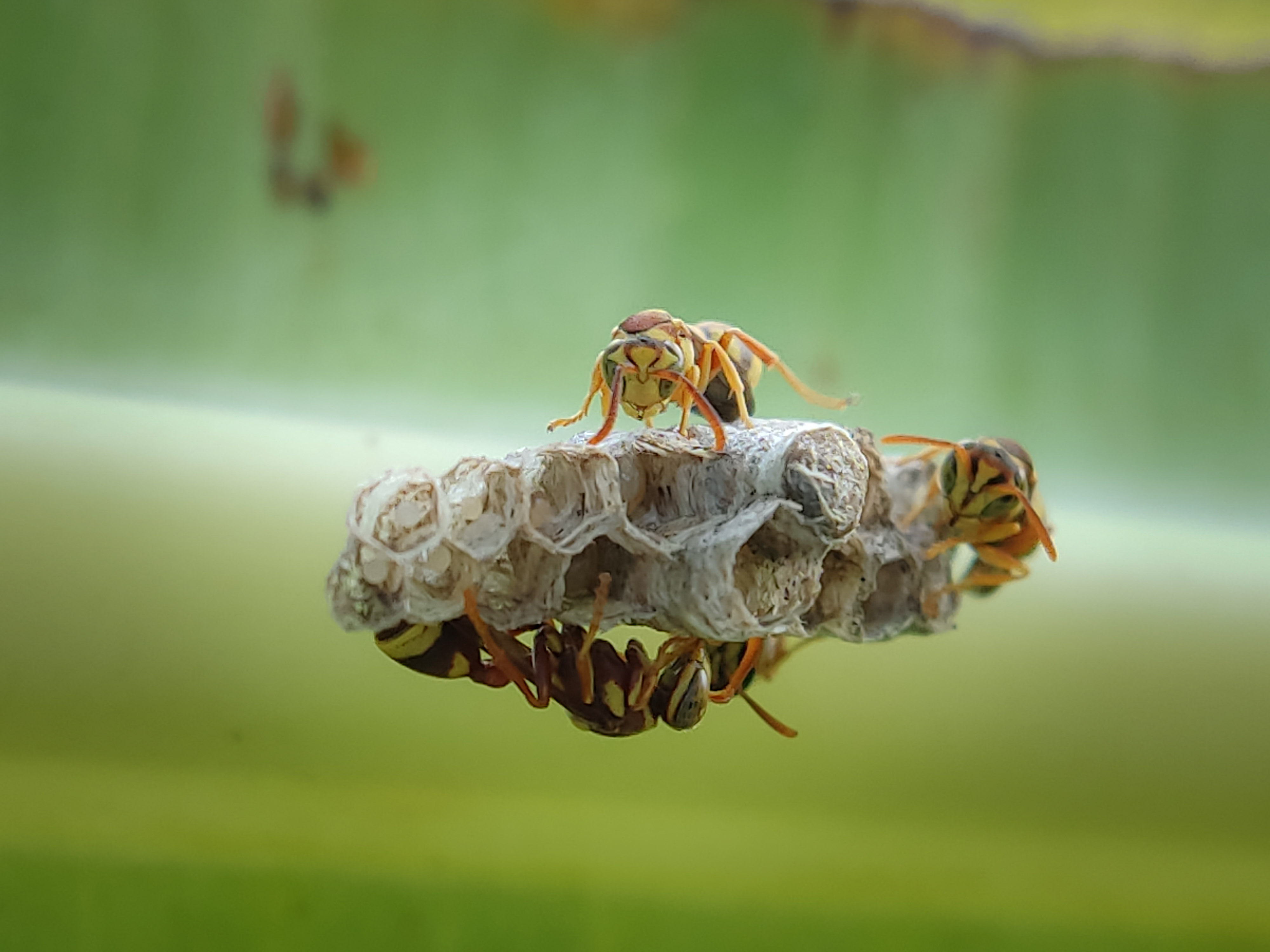 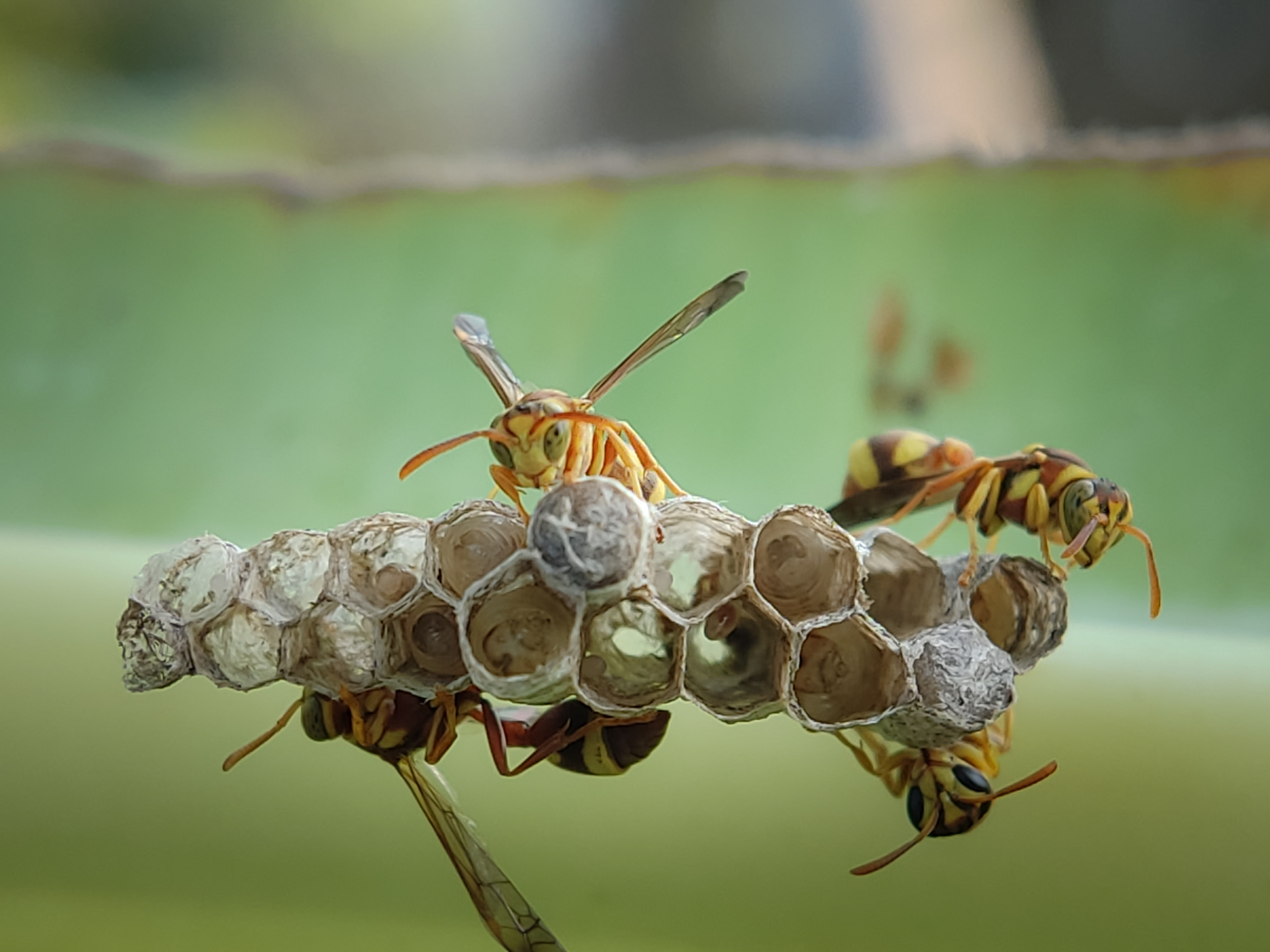 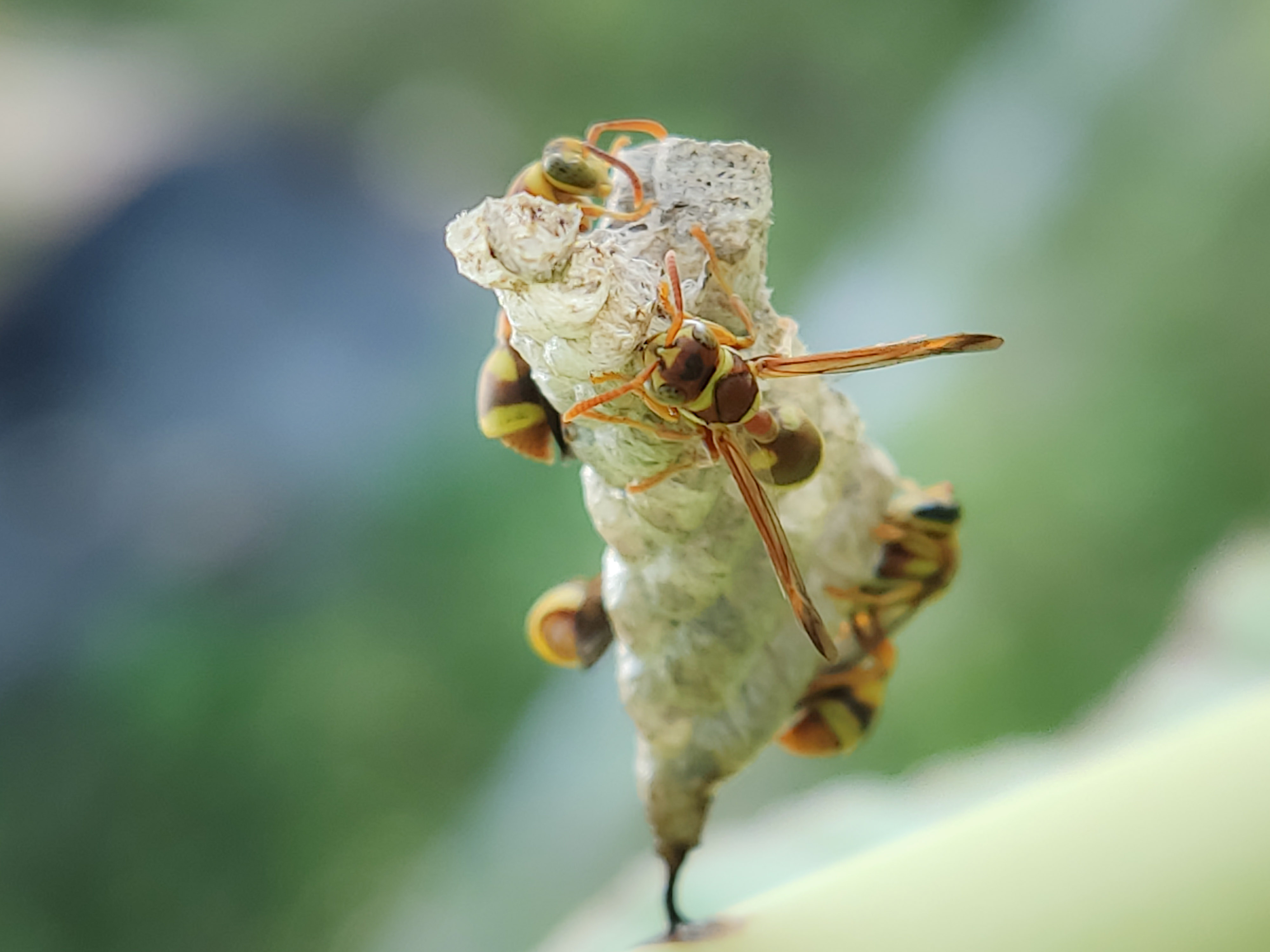 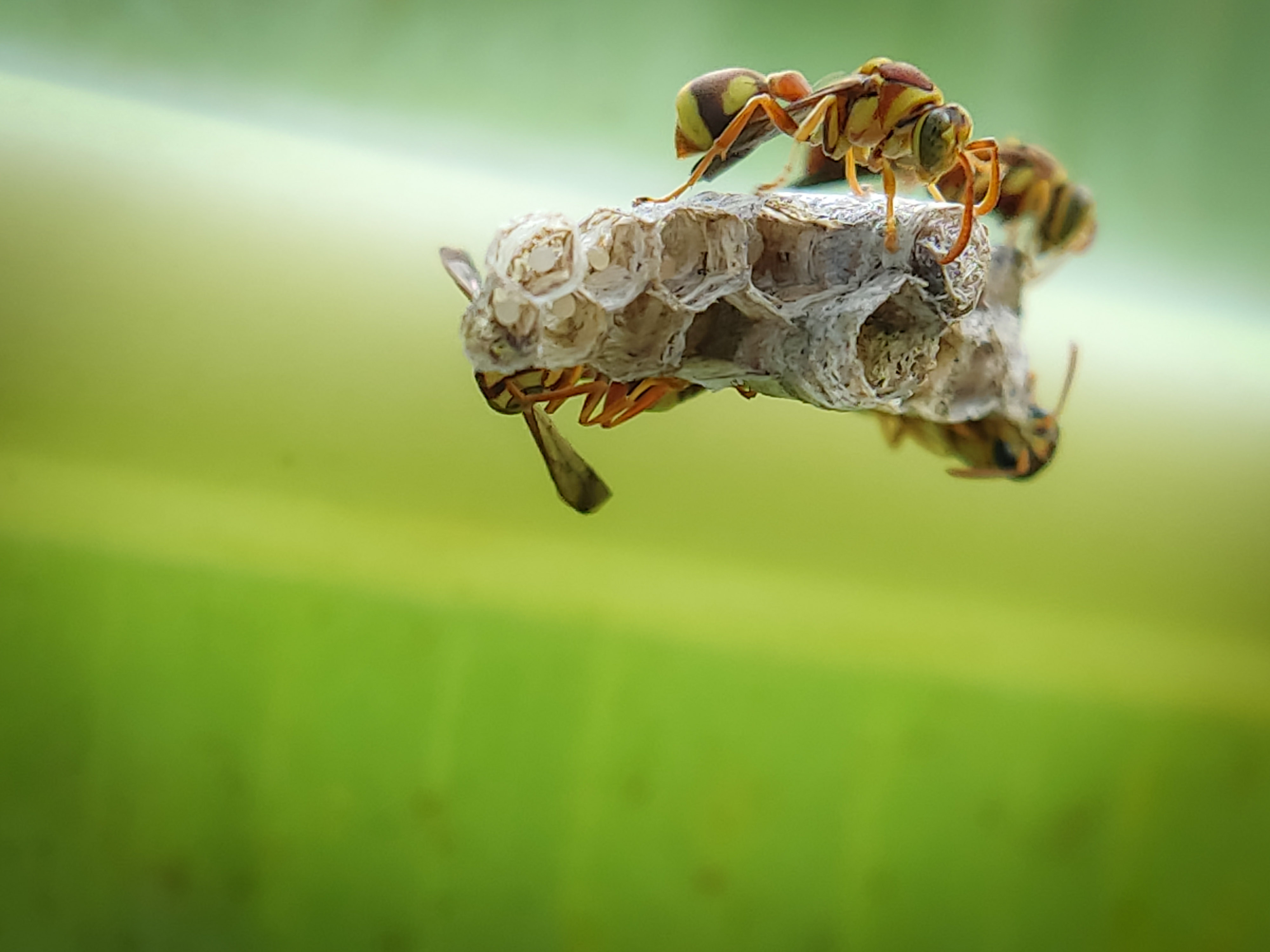 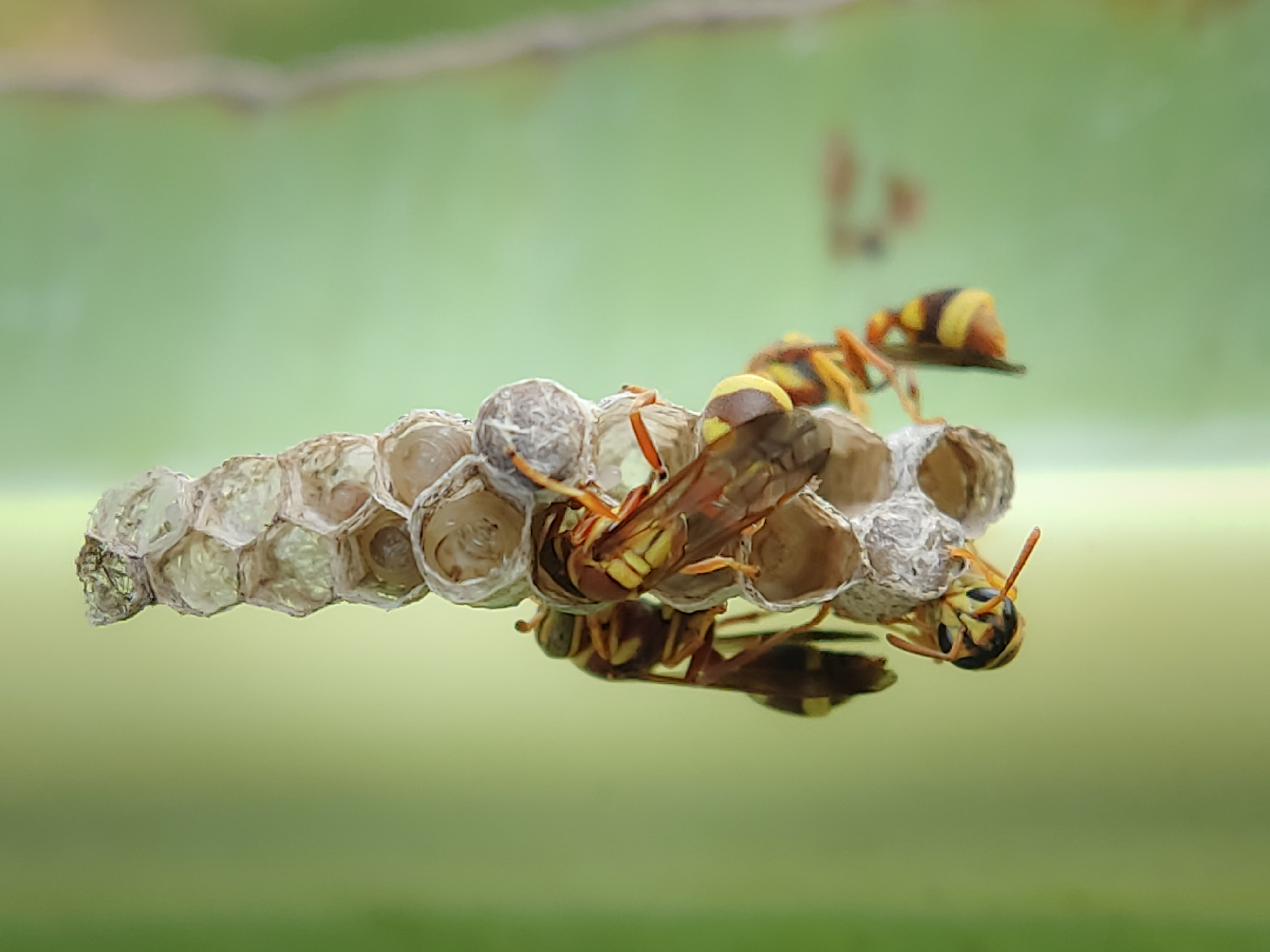 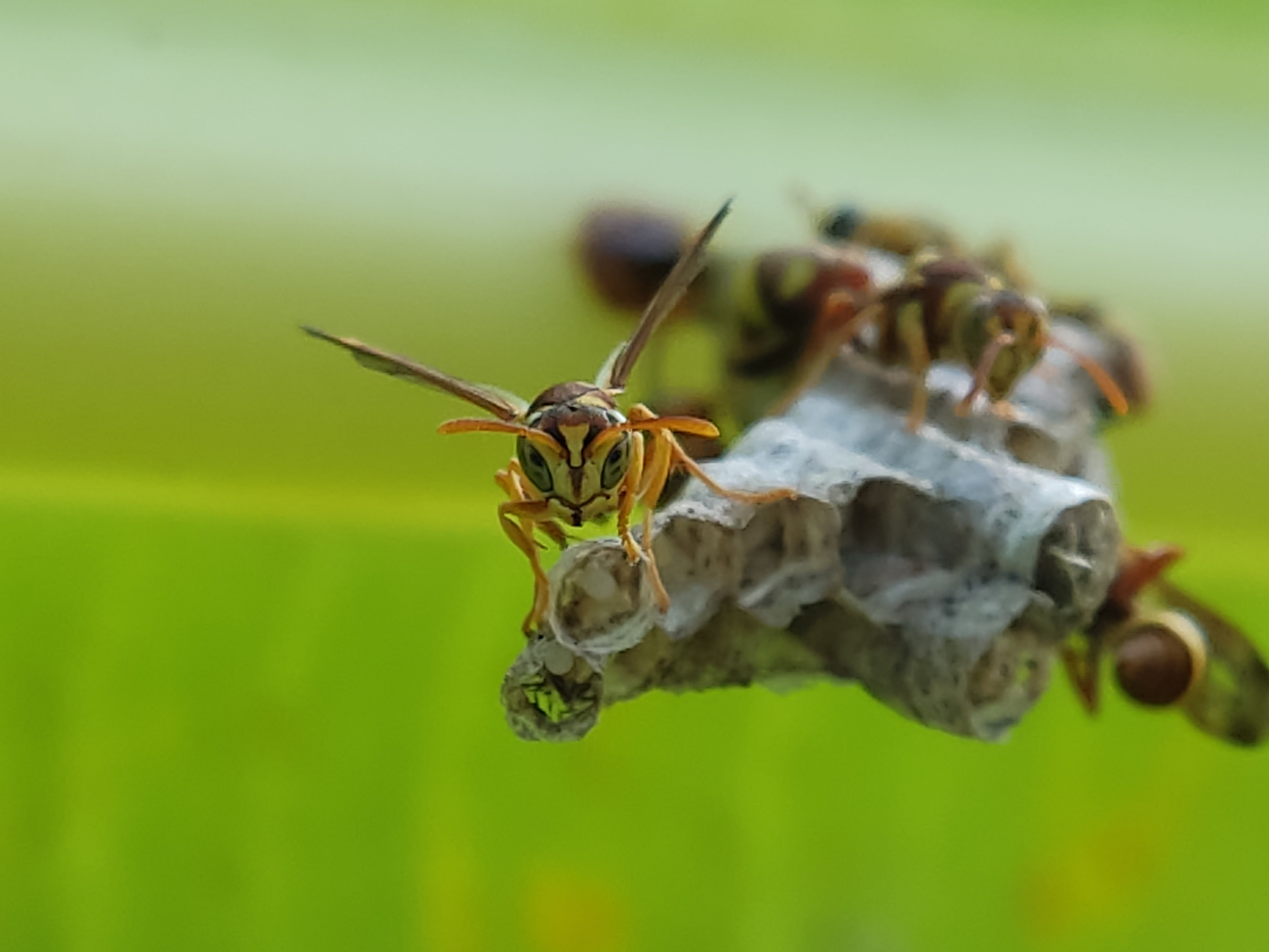 Submit
0.00 STEM
127 votes
Reply 3
Sort:
[-]
poshtoken  8 months ago
The rewards earned on this comment will go directly to the person sharing the post on Twitter as long as they are registered with @poshtoken. Sign up at https://hiveposh.com.
100%
-100%