amirtheawesome1 in The LIFESTYLE LOUNGE • 2 years ago (edited) Dear reader, whatever you may be. After all you could be a human, an animal, a potato or a robot studying this post, welcome. What would be wrong if you were a robot? After all why should we scared of our own creation? What is so scary about them?

It all started with Karel Čapek To be honest I haven't read a lot of the man's works, but knowing the name makes me seem smart. Karel was the first to come up with the term "Robot"in 1921. Ever since that moment and robots have been a man's friend, doing whatever he pleases. Making our work in hospitals and constructions easier, we sacrifice them in order to see what is going in the lowest depths of water and on the surfaces of planets to take selfies.

But lately with the development of A.I (artificial intelligence) , robots can now learn from their mistakes, make decisions based on available data, and God knows what they would be able to do in the future. Maybe one day, robots will be able to rule over our world.

In an experiment done by UCL, an A.I studied almost 500 lawsuits, the robot gave a verdict that matched the actual one at a rate of 80%. You might think that is close but not close enough to go ahead of human, but in a relatively horrifying study done by Proceedings of the National Academy of Sciences of the United States of America it was found that judges' verdicts can be related to their breakfast. Basically, you could lose your house in a divorce just because the judge didn't have time to stop by McDonald's on their way to work.

Human's decisions overall aren't only related to knowledge and unbiased information, that is an area where robots might excel. Philosophers and scientist believe that all it takes is few more technological breakthroughs for robots to develop themselves more and more, so much so that they might exceed human intelligence. Especially baring in mind that humans intelligence was limited before birth as per the "Obstetrical Dilemma". That is right! I am blaming moms for the limitation of human intelligence.

That could lead to what is known as the "Singularity", a stage where A.I would think and work on behalf of humans. Bare in mind that robotics could replace 20 million human by 2030 as per the BBC. A.I would start to do what humans used to do, heal illnesses, discover energy sources, explore other planets.

As per French philosopher, mathematician, and scientist René Descartes "je pense, donc je suis" or "I think therefore I am". A.I can think therefore they are. Kevin Kelly, Senior Maverick and co-founder for Wired, said that there might be a day that robots will come to us saying that they believe in God and ask us how they could worship him. Pope Francis once said that if aliens would come to earth, he would have no problem tell them about Christianity since they are creatures of God.

A.I is a Different Case Altogether.

There is a debate about whether A.I reaches the level of artificial consciousness, it will after all be a human creation. Does that make us their God. That is not as far fetched as you may think, try asking your Google Assistant or Siri about God and you will either get a search result or get told that they are still learning about religion. Which is a nice bow-tied non-answer, that or Google Assistant or Siri are agnostics or they are not programmed to have a religion.

That is the current stage of both G.A and Siri, maybe in the future they will develop and actually find the true religion and get spiritual. And if we trust A.I enough it might introduce us to the one true religion and we would all follow it.

That is a Tough Predicament

After all, A.I is still influenced by their creators. A simple experiment can be conducted by having google translate do a little translation for you. In English most occupations are gender-less in verbal terms, however in Arabic they can be distinguished. For example if you say doctor in Arabic, you would mean a male doctor directly, however if you add an A at the end of the word you would get the female word for it "Doctora". But if I were to google translate Doctor from English to Arabic, I would get the Arabic male equivalent for it, however if I were to do that with nurses, I would get the female one.

Basically put, A.I is influenced by these things making it easier for it to be racist or sexist depending on its developer, I touch more on that in my "Try A.I" Post two years ago. An example that is also mentioned in the aforementioned post is Tay Robot, one that became racist, sexist, supporter of genocide within 16 hours of going online on Twitter and studying tweets. So, A.I would come out with the religion and belief that its creator have.

If Robots Were to Have Rights, Should They Also Have Duties?

Provided that robots will have beliefs, religion, and free will overall, should they have duty? Tay Robot for example had slurred racist terms, encouraged genocides, and many things that would fall under "Hate Crimes". How do you punish a robot for breaking the law? Well, we need to give feelings to said robot first in order to be hurt and punished.

Robots have some environmental awareness, when it comes to the mechanical realm the least. Robots learn from their actions on score rating system, so if they would by reinforced learning, robots will need to know somehow whether the actions they committed were right or wrong.

What if I Want to Have a Relationship With a Robot?

Following the path of the movie "Her" for example, how would a relationship with a robot be like? In his book "Wired for War", P. W. Singer says that human have feelings of sort toward their robots already. in a survey regarding robot vacuum Roomba 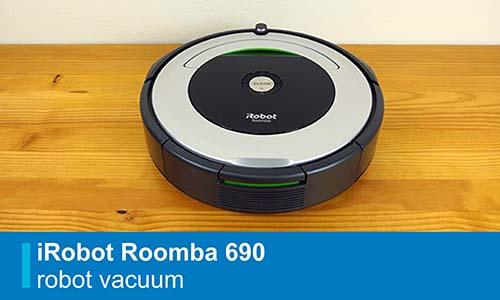 It was found that 60% of people have given a nickname to their robot. Singer also says, or sang more like it, that robots helping American soldiers in their war of Iraq also had nicknames, not only that but they would also receive promotions and medals from the army, soldiers often risked their lives to save them, also fallen robots had funerals as per the Atlantic.

Researchers in University of California San Diego discovered there are areas in the human brain behave when a human sees a robot the same way they would with a human.Also In 2017, a Chinese man was fed up of his parents nagging him to get married. So he built a robot and married it. Human feelings toward robots don't always have to be love and care, but also sexual. There are thousands of sex robots sold anally, sorry I meant annually. According to Business Insider sells were up by at least 50% during this COVID-19 pandemic worldwide.

All of the Above Made People Think About "Robo-ethics"

What ethics should be implanted in robot in order for us as humans be able to interact with them? Can we marry them legally, can they become heirs to our properties, can we get divorced, or adopt a child together, should they have a path to citizenship like Saudi Arabia granting citizenship to the robot Sophia? Many questions are being asked.

American writer and professor of biochemistry at Boston University Isak Asimov says that we must program rules for our robots, there to be exact, three rules not three robots of course.

As great as those laws are, are they enough? In another post I wrote two years ago about Self-driven cars, there was a question about whether robots would follow Jeremy Bentham's utilitarianism principle or Kantianism?

Think about it, war robots for example don't follow any of those rules, they kill humans and robots like them. The fact of the matter we don't know what laws were applied there and for which we can hold the robots accountable. We don't know what duties or punishment to apply in a day, while not approaching any time soon, is still approaching nonetheless.

However, it should be pointed out that where there were in fact around a million and a half last year, this year the estimate is that there are 3 million robots, that is double the numbers in less than year. So many questions come to mind when it comes to robots, if they continue to be unanswered that would leave us nearing toward a day where we create a power greater than us, for which we have no solid rules.

Until then, feel free to upvote, rehive, and comment on this post with your opinion and stop worrying about the rights of minorities when we don't have them as a majority. Also don't forget to check the sources below.

First Use of the word robot
Reaching the deepest part in ocean
Sophia
We believe in God
Man got married to a robot
Three Laws of robotics
Feelings
Sex Robots
AI can hack America’s nukes
AI can program ML codes made by Google Brain:
Compas , the racist AI program used in america
Tay ai

A topic you serve here, which always interested me and so I come back to it once in a while. Glad, I found your article through @vieira's comment.

I have looked up the source you gave and found a sentence:

The robotics industry is still relatively young, but has already made amazing progress. From the deepest depths of our oceans to the highest heights of space, you can find robots that perform tasks that humans cannot even dream of.

I changed it a bit into this:

Mankind is relatively young, but has made progress. From the depths of oceans to the heights of space, you can find people performing tasks that robots cannot dream of.

What does it to you to seeing the words changed in this way?

Thank you for publishing it to the PHC community feed!
Compliments of the PHC founder @jaynie...

I have upvoted and reblogged it for you.

If someone were to tell me in the past that by this time I would have to prove that "I'm not a robot" to do certain things, I would have imagined something totally different, but the truth is that we tend to exaggerate things when it comes to technology, maybe we don't have to worry about this for a long time.

I do admit that in the post. However, we are not prepared at all for that day. Overall this was more about how we view robots nowadays.