wakeupnd in Informationwar • 3 months ago 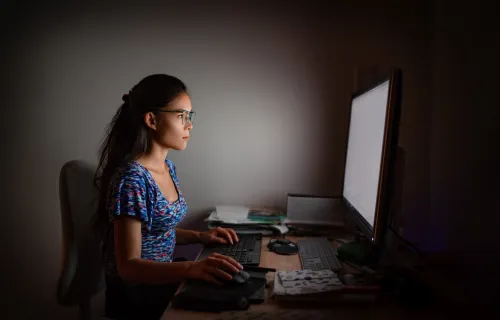 CORVALLIS, Ore. — Too much blue light from gadgets like televisions, laptops, and smartphones can accelerate the aging process, a new study warns. Researchers found that the light could also lead to the onset of obesity and psychological problems.

“Excessive exposure to blue light from everyday devices, such as TVs, laptops, and phones, may have detrimental effects on a wide range of cells in our body, from skin and fat cells, to sensory neurons,” says Dr. Jadwiga Giebultowicz, a professor at the Department of Integrative Biology at Oregon State University, in a media release. “We are the first to show that the levels of specific metabolites – chemicals that are essential for cells to function correctly – are altered in fruit flies exposed to blue light.”

Been a while since I posted but I read this article, it popped my interest and I wanted to talk about it. Blue light has been a concern of mine for a while now. It's been proven that blue light exposure before bed can have a negative impact on your sleep and we are bombarded with blue light all the time from the energy saving LED lights. I would consider blue light a pollutant especially at night. The brightness of cities has increase greatly over the years since they've all switched to LED street lights too.

they discovered that the levels of one metabolite, succinate, increased, while glutamate levels dropped.

Blue light disrupts sleep and if you're not sleeping well that's going to cause a whole host of problems including early death. So that's what I think is going on here. Sleep is important and if you're not sleeping well it could be a number of things but decreasing your exposure to blue light at night will probably help and even increasing your exposure to red light and infrared can improve your quality of sleep. Basically get out in the sun for a while during the day and turn the lights down or avoid blue light as much as possible at night. Dang! I've been using computers more than 12 hours a day for the past years.
The study maybe made with fruit flies but it is better to be safe than sorry. I am getting a blue light filter for my screen.

I use a pair of blue light glasses at home in the evenings. You might consider buying a pair and they seem to help with eye strain too.

I can also use that, but I am currently thinking of having a screen filter as it will protect my whole face. I want to look younger than my age. 😁

It's no secret that spending too much time staring at screens can be bad for your health.

There are a few easy ways to do this. One is to use blue light-blocking glasses when you're working on a computer or phone. You can also download apps that filter out blue light, and many phones now have a built-in blue light filter. By taking these simple steps, you can help keep your skin looking young and healthy for years to come

I read that app filters does not necessarily block the blue lights. I may prefer the physical filter.

It's a good thing to hear. At least I and my family can now practice.

Congratulations @wakeupnd! You have completed the following achievement on the Hive blockchain and have been rewarded with new badge(s):

Glad i never used it!