vieira in #freedom • 2 years ago 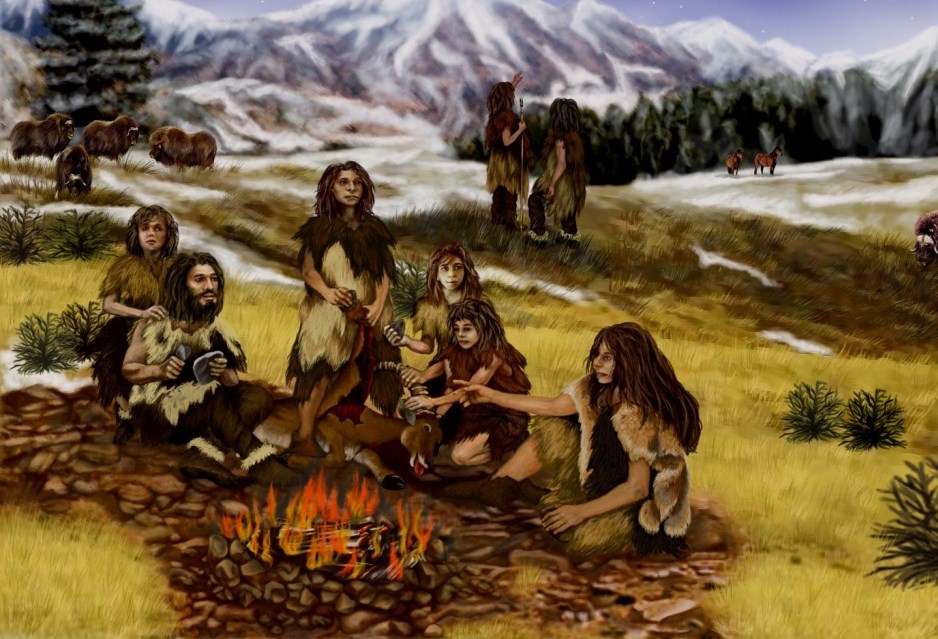 Just an observation about the effects of the so-called progress of civilization and human societies on our independence and freedom. When humans were engaged in hunting and gathering food to survive, tens of thousands of years ago, man was completely self-sufficient, he was able to get food for himself and his family, he was able to provide a home, he was able to protect himself and others, in short, the human could take care of himself and was able to survive in almost any circumstance on his own. But as the years go by and societies become more complex and civilizations begin to progress, this condition begins to be lost, and the human becomes increasingly dependent on society, the human stops being self-sufficient and begins to need tens, hundreds, thousands and even millions of people to be able to live their life normally. The development and progress of civilization has led to the loss, to a great extent, of independence, and to some important degree, of human freedom. The modern human is less capable in many ways than the human of thousands of years ago, however modern societies can be classified as much more successful, in terms of material development, than those of the past. This is explained because modern societies have opted for specialization in which each human dedicates himself to one or a few things while leaving the others to his fellow citizens, which leads to greater progress in these areas, but at the same time, in a greater dependence on society, and a greater degree of vulnerability with respect to any danger or threat.

Modern man cannot fend for himself as a hut dweller ten thousand years ago, but he cares little, because he has become accustomed to his life of material comfort and artificially created dependence. This seems to indicate that the development of society is inexorably linked to the loss of individuality, independence, and freedom in human beings, until the development of machines, and the human becomes practically useless for everything, even for the most basic tasks, without the help of a device. That seems to be the next step in social evolution. It seems that we are heading towards a future in which the human is no longer capable of doing anything by himself without the help of others, and there are great possibilities that this other is the state or big corporations, virtually leaving the people in a state of total subordination to absolute power. To what extent can freedom be voluntarily exchanged for guarantees of security before reaching oppression? Are we submitting ourselves in exchange for comfort? Is the loss of our freedom inevitable in the face of social advance?

Some people believe that technological advancement and social development, far from taking away our freedoms, guarantee it, because supposedly we will reach a point where the human has all his needs satisfied, and will only have to work on what he really wants, without having to worry about their survival. From this being so, the reality is that the human will find himself in a position of extreme dependence on society, and on those who have control of it. Even so, the most probable thing is that the vast majority of people will never reach a similar state, and said "freedom" —if you can call that way someone who depends on everyone else to be free— will only be given to those who are at the top of the social pyramid, who will be increasingly free at the expense of everyone else.

I am not trying to criticize the social advance and the progress of civilization, nor the technological development, I just wonder if the loss of our own independence is inevitable to achieve it. Everything seems to indicate that the advance of civilization, at least what we call progress, is heading towards a reduction in human freedom, and a greater dependence on the collective. What do you think about it? Is it possible to make progress without losing the freedom, independence, and individuality of people, or does it need to be so?

Terrence McKenna has a lot to say on specialisation too. Especially with diet specialisation. In essence though, the more specialised a species becomes in any area, the greater their susceptibility to even the slightest environmental changes.
Peace.

I feel it is about rediscovering that most of the shiny customs of society to solve a given problem have very workable alternatives. If we only knew them and had found out just how workable they are we could greatly lessen our ties to society and the matrix.
But since the matrix' demands are ever increasing - the burden on people to somehow participate in all these systems just to scrape the funds together to survive in that structure - we tend to lose sight of what is possible and maybe even healthier for us and nature.

I feel we accept privileges too often and pay a hefty price for it that we don't immediately recognize. A small backing off of "progress" would be healthier in the long run, it'S just hard to recognize it with all these distractions.

Completely agree. I think part of the problem is that we tend to have a very narrow vision of what progress means, as if it were only possible in one direction, to see the world in a linear and one-dimensional way. But there are always alternatives, that is the key word I think, alternatives at the individual level and at the collective level, there are many directions which can be taken, not only where we are currently heading, and those directions can also be progress. So maybe taking a step or two back and moving in another direction might not be so crazy.

I feel we accept privileges too often and pay a hefty price for it that we don't immediately recognize.

Me too. I often play with the idea that, in the same way that the Spanish exchanged mirrors and trinkets for gold to the Native Americans, as the legend says, we too exchange, but something more valuable than gold, such as our freedom, for some different types of mirrors such as screens. In both scenarios, slavery was close.

I am delighted. Thanks!

Congratulations @vieira! You have completed the following achievement on the Hive blockchain and have been rewarded with new badge(s) :