ligayagardener in #fiction • 11 months ago

Welcome to the 5th part of my climate fiction story here on Hive. The story has been quite successful so far and you can find the earlier chapters by stalking my blog for them. They're fairly recent, so you won't have to search too far.

I felt like doing an extra bit of writing today, it being a hot Saturday arvo as I type this, So I polished up this a little and thought I'd sneak in a post on a Saturday instead of the usual Wednesday that you may be used to if you're following the story as it is released piece by piece.

So far, we've set the scene for a grim world of heat, sickness and poverty brought about by the climate disaster that we are all currently going through the earliest stages of. It's been a description of a world that has ground down the health and humanity of common folks but things are about to take a turn as I start investigating what people are doing to overcome the badness. This chapter is a bit more cyberpunk and foreshadows good things happening.

You might note, as we delve further into this fictional world, that everything in it either exists or is in development right now. I'm taking solutions, playing around with their application and projecting them into a not so far away future.

Pics aren't my own but are from royalty free sites online. Click on the link below the image to be taken to its original source. I decided to walk, in the dusty evening, ignoring the attentions of the numerous cyclo drivers who had come out after the storm, sure to get customers in a rush to get home to see what damage had been done. The faint, bitter smell of the cyclo's fuel blew in every time one passed.

Home brew hydrogen burns to create water and the water vapour is collected and deposited in a central collection tank for the drivers and cyclo owners to access when they needed. The defunct government tolerated the home brew solution to the fuel problem when international shipping became almost impossible but insisted on a 'bittering' agent in the fuel to stop people drinking it. Enterprising hackers had got around this early in the game and now, almost everyone had access to at least some clean water on a daily basis.

We have two kinds of local micro-transport. There's the home brew 'Cyclos' that you can find here in the big city and the electric
'Leccys' that populate the back streets of slightly wealthier suburbs. The first are made, maintained and fueled by the local driver's cooperative whereas the Leccys are usually maintained by a local council and the drivers are paid for every kilometre driven. Passengers are paid different amounts to ride local transport in the city than in the suburbs and it's all recorded on the local, dedicated blockchain.

The M-pay system of making micro-payments to passengers encourages the use of public transport and almost eliminates the need for cars and the infrastructure costs that go with them. Parking space has been returned by locals to green space and pollution and accidents have drastically reduced as well. It all has a knock on effect that benefits locals enormously.

Micro-transport systems run from door to door as well, further reducing an individual citizen's reliance on personal cars. The reduced stress and cost of this is another huge benefit, as was the freeing up of some garden space on urban and suburban blocks as driveways are no longer needed. Needless to say, folks soon replaced driveways with vegetable gardens and entertainment areas for the family. Most were happy to be without the burden of a vehicle.

There were, of course incidents and accidents but they are no longer daily occurrences. The cyclo careening in my direction looked like it is going to be one though. Thin tyres, old and without grip couldn't slow the progress of an overloaded cyclo. Its driver leaping clear as the vehicle and its load overbalanced. Aluminium drums scattered into a coffee stall, a couple of metres to my right, breaking open and unleashing a wave of used vegetable oil onto scrambling customers.

The driver came to a sliding halt at the base of a safety sign and got to his feet slowly but unharmed. He shook his head glumly as he surveyed the wreckage. The stall owner was quickly bought off. Damages paid for with a handful of loose paper and promises. The sadness the driver felt came from the loss of income - no biofuel from that lot, even if he could scrape some of it back into a drum, as he was attempting to do.

That adventure over, the walk to the Ono was otherwise as uneventful as aan evenings walk could possibly be in these times. I did run into my friend, Alby who was, fortuitously for him, heading there too. 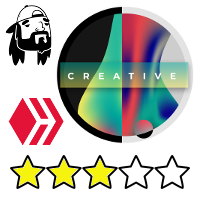