Technology and its upcoming dystopian effects.

The idea of a government that controls its populous through surveillance and thought control had been a popular topic in speculative fiction. Most forms of this fiction springs from George Orwell’s 1984, which felt with a government that was able to oversee the populous through the eyes of Big Brother, even wiping out any “wrong think” controlling the thoughts and minds of the populous through technology and fear. Orwell feared a world where information and data were taken away from the average citizen, a world where people were fed only what they needed to know to stay in the pocket of the government. This world seems to get closer every day.

Just about any piece of electronic equipment is connected to some network where anyone with the right amount of knowledge can tap in and see what’s on this network. The cell phones that the average citizen is always using can become a way for the government to monitor movements and activities. Even just browsing the web can become a way for companies to see what your interests are and begin to serve you content that their algorithms think would be interesting to you. This has lead to a population addicted to knowledge, but the knowledge that companies know would be interesting. This has to lead to nearly all news becoming a pit of bias that caters to a specific portion of the population that agrees with the bias.

In the future, this will lead to a generation of people who believe what they are told with no thought to checking sources, or critical thinking. This will lead to a government that will keep the population in check through complete censorship of the news to be only what “Big Brother” wants the people to see and hear. This control will trickle down, (slowly – the frog doesn’t feel the pot water heating slowly) to every aspect of our lives, leading to us being in complete slavery to the government. 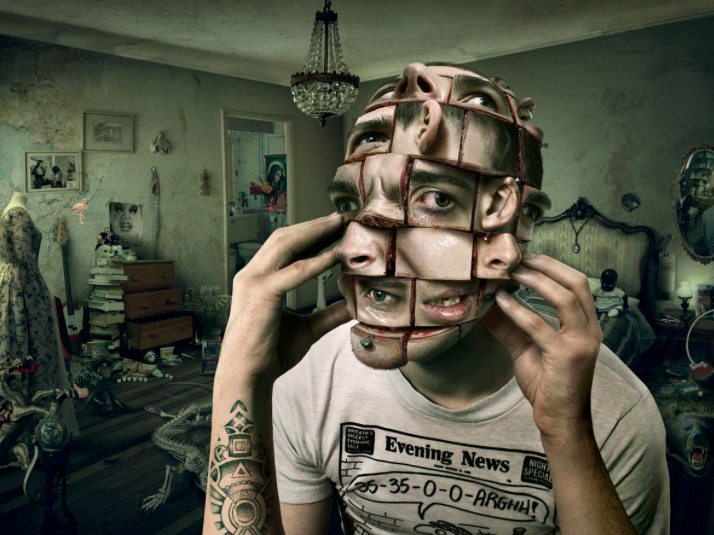 We are already headed there now. Social media is a way to show you only the content that you want to see. Facebook already has its specific algorithm in place that labels your profile as to where on the political spectrum you are, so they can advertise content to you that fits your political outlook. The internet has given an outlet to anybody to share information filtered through the prism of the author of the information. This kind of information deepens the divide between people, causing the rhetoric to become more and more venomous until the people are so divided that the opportunity is in place for a single regime to step up and unite the world once again.

Information in this time will become state-sponsored, only showing the propaganda that the people in power will want the people to see. By this point, the network of people will seem to have access to a large wealth of knowledge, unaware that they are being prodded to think in the way that is the most malleable to the people in power.

It will only be a matter of time before language becomes changed to fit the new world government, erasing all of the “wrong think” in the world, therefore solidifying further the power of the government to run our lives.

This process has already begun. It is already unthinkable to be a person “off the grid” of the internet, but there may still be a way to stay vigilant. If people can see the news and information being presented to them and research every side of the story to form an opinion that is not swayed by propaganda and fake news, then we may be able to at least slow down the march toward technological slavery.

Submit
0.00 STEM
24 votes
0
Authors get paid when people like you upvote their post.If you enjoyed what you read here, create your account today and start earning FREE STEEM!