shanhenry in #deepdives • 2 months ago (edited)
All of this wild virus organism and epidemiology science is based on consensus agreements after looking at computer models. Most real scientists would just laugh at this crap and assume that people would not fall for this insanity; however, many scientists have been fooled into believing in the "nonscientific","nonsense" even though they know it does not add up correctly.

They just assume something is there, that they are missing or they think back to school and remember, when they are told not to ask too many questions. But in reality there is nothing there! In general the scientists that "go far" are the ones that agree and don't assume they know more than their teachers or bosses. And then find a private sector job doing things that they were not able to do before. 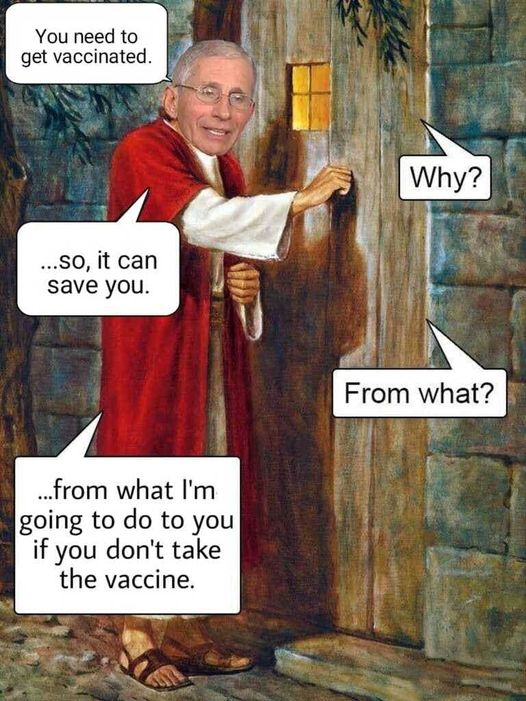 This leads to an indoctrinated highly educated society. Once they choose their main field they stick to it and focus on their work. Some will witness the junk science as they come up, some will be staying within the science and morality and others will be pushing, trying to find more meaning and craving for success over substance. The professional scientists that produce actual detailed results are normally overlooked, have their work taken and used to create things in the private sector and given no credit.

No study has been done that proves that so-called virus organisms cause sickness or disease. however in reality studies have been done to prove that the virus organism contagion theory is just a theory and completely false or Junk science!

This is the reality and no more needs to be said about that.

What we have is a group of individuals within the scientific community that have infiltrated the world governments to initiate a global psychological warfare operation. This psyop is to convince the world to believe that wild virus organisms are hunting people down and infecting, growing and replicating inside people to kill them and everyone around them! They have done this to squeeze as much money/wealth out of the world's wealthiest nations using propaganda and fear tactics!

If you want to go deeper into junk science, I warn you it's worded in a way to confuse and manipulate you into thinking there is something there when actually there is nothing there!

When you read virus isolation papers they are presenting them in a way to make you assume that just by "isolating virus isolate and looking at it" means it contributed or caused disease without any evidence backing up the claim. This is "Junk Science"

They claim that because a patient was given a "positive diagnosis" of virus infection and then this "virus isolate" was found in a lung tissue sample it is the cause of disease. This is "Junk Science"

They also fail to prove that these artificially aligned and designed virus organisms cause or contribute to a person getting a disease.

What these virus experiments prove is that these scientists are either so indoctrinated they don't have a clue to the junk science they are taking part in or they purposely manipulate the data for their gain.

All these fraud scientists are doing is isolating genetic material packaged inside extracellular vesicles aka exosomes from the breakdown of animal cells mostly diseased monkey kidney cells that were being starved and poisoned in a toxic culture.

They then pick and choose which genetic material should be aligned and cultured more to make artificial contigs which are artificially sequenced virus genomes and after a group of virologists look at the contigs, they come to a consensus agreement on which contig to use to propagate the "official virus genome"

They want you to believe that all these bits of genetic material that was "recombined" in experiments and within a computer, form a real life highly contagious and deadly virus organism that's out to get you and your entire family! They never isolated a whole form virus organism and when they add these things to "virus repositories" to make you think they are real they even call them "reagent" aka "recombinant agent" which is a combination of the human cell tissue and the animal cell tissue normally monkey kidney cells.

So what does all this tell us??

Only after cell culture, alignment and artificial gene sequencing does this thing even exist as an isolated whole form genome.

The thing that exists outside the body and infects the body is called an antigen. This is a toxin/poison in Latin we call that "virus" do you see and understand the total misconception now?