Blockchain Technology In The Future: 7 Predictions For 2020

savvysage in #blockchain • 2 years ago (edited) 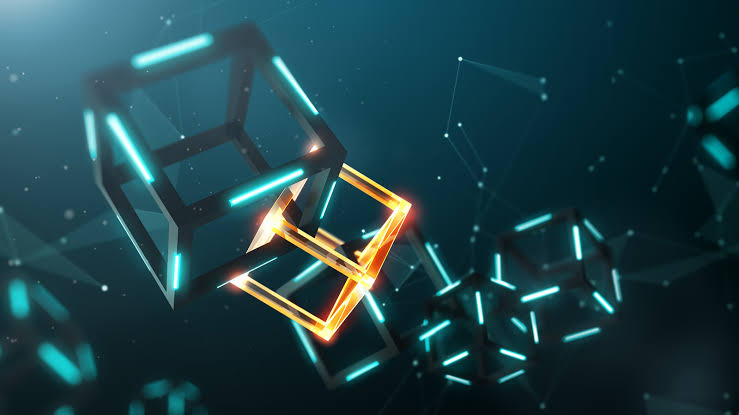 Blockchain technology has become popular due to its successful adoption for cryptocurrencies like Bitcoin. This distributed digital ledger has many advantages as it can keep the records of all data or money transaction made between any two parties in a secure, immutable, and transparent manner.

Last year, the concept of blockchain started to capture public attention. Experts predict blockchain technology will be implemented for various industries and expect that the future of blockchain is to revolutionize traditional business processes. However, the pros and cons of blockchain show that it’s not as easy to do as it seems.

So, let’s look at the main blockchain development trends that are expected to be until 2020.

1. Most Blockchain Startups Will Fail

Last year, we saw an increase in funding for blockchain startups. However, like any new technology, blockchain is still immature in its implementation, so it can unmeet the expectations of investors. As a result, many blockchain startups are expected to be just a waste of time and money. False starts in blockchain deployment will lead organizations to failed innovations, rash decisions, and even complete refusal of this innovative technology.

Unlike other traditional businesses, the banking and finance industries don’t need to introduce radical transformation to their processes for adopting blockchain technology. After it was successfully applied for the cryptocurrency, financial institutions begin seriously considering blockchain adoption for traditional banking operations.

For instance, in 2016, ReiseBank AG in Germany completed instantaneous payments between two of its clients on a cross-border basis using blockchain technology in around 20 seconds. Regarding a recent PWC report, 77 percent of financial institutions are expected to adopt blockchain technology as part of an in-production system or process by 2020.

Though the concept of blockchain is simple, it will bring considerable savings for banks. Blockchain technology will allow banks to reduce excessive bureaucracy, conduct faster transactions at lower costs, and improve its secrecy. One of the blockchain predictions made by Gartner is that the banking industry will derive 1 billion dollars of business value from the use of blockchain-based cryptocurrencies by 2020.

Moreover, blockchain can be used for launching new cryptocurrencies that will be regulated or influenced by monetary policy. In this way, banks want to reduce the competitive advantage of standalone cryptocurrencies and achieve greater control over their monetary policy. Besides, the Australian Securities Exchange is planning to use a new blockchain-based system to manage the Australian financial market at the end of 2020.

Russian President Vladimir Putin was the first who proposed to issue “Crypto Rouble,” a national cryptocurrency. Obviously, it’s inevitable that governments will have to recognize the benefits of blockchain-derived currencies. At the rise of Bitcoin, governments expressed their skepticism regarding the particular application of cryptocurrencies. However, they had to worry when Bitcoin became a tradeable currency that couldn’t be controlled by any government.

Although, some countries like China still ban Bitcoin exchanges, we should expect that governments will finally accept the blockchain-based currency in 2018 because of its potential advantages for public and potential services.

The idea of the distributed ledger is also very attractive to government authorities that have to administrate very large quantities of data. Currently, each agency has its separate database, so they have to constantly require information about residents from each other. However, the implementation of blockchain technologies for effective data management will improve the functioning of such agencies.

Estonia has already implemented blockchain technology on the government level. Almost all public services in Estonia have access to X-Road, a decentralized digital ledger that contains information about all residents and citizens. The technology uses an advanced encryption technology and includes 2-factor authentication, enabling people to control their own data and be sure in its security.

According to Gartner, by 2022, more than a billion people will have some data about them stored on a blockchain, but they may not be aware of it.

5. Blockchain Experts Will Be in High Demand

Despite blockchain is on the top of its popularity, the job market experiences a lack of blockchain experts. Upwork, an online freelancing database, has recently reported a fast-increasing demand in people with “blockchain” skills. While the technology is new, there are a limited number of blockchain engineers.

If you enter the industry and gain some experience in blockchain technology, it will serve you well. However, there is a risk that a blockchain startup that hired you may have to close down soon because of a lack of funding. Still, many people will prefer to quit their current job in order to work for a blockchain project. So, a high demand in experienced blockchain developers will also be one of the blockchain trends for 2020.

6. Blockchain Meets the Internet of Things

The International Data Corporation (IDC) reports that many IoT companies are considering the implementation of blockchain technology in their solutions. Therefore, IDC expects that nearly 20 percent of IoT deployments will enable blockchain services by 2019.

The reason for this is that blockchain technology can provide a secure and scalable framework for communication between IoT devices. While modern security protocols already appeared to be vulnerable when implemented to IoT devices, blockchain has already approved its high resistance to cyber attacks.

Besides, blockchain will allow smart devices to make automated micro-transactions. Due to its distributed nature, blockchain will conduct transactions faster and cheaper. To enable transferring money or data, IoT devices will leverage smart contracts which will be considered as the agreement between the two parties.

Besides cryptocurrency, blockchain technology benefits us with another convenient possibility, such as “smart contracts.” The main idea of smart contracts is its automatic execution when conditions are met. For instance, delivering goods after payment is received. However, other conditions of contracts should also be automatically regulated. Thus, Insurers AIG is now piloting a blockchain system that allows creating complex insurance policies.

You should also keep in mind that smart contracts are decentralized and aren’t regulated by any authority. But what should parties do in case of any disagreement? Participants of smart contracts usually agree to be bound by regulations, but what if a dispute appears between parties from different countries. Now, it remains to be unclear how contractual disputes should be settled. Thus, the rule of law should be enforced into smart contracts in the near future for resolving any disputes between the parties.

Blockchain in the future will revolutionize business processes in many industries, but its adoption requires time and efforts. Nevertheless, in the near future, we can expect that governments will finally accept blockchain benefits and begin to use it for improving financial and public services. Though some blockchain startups will fail, people will get more experience and knowledge on how to use this technology. Blockchain will stimulate people to acquire new skills, while traditional business will have to completely reconsider their processes. All in all, by 2020, we can see more examples of successful implementation of blockchain technology.