Blinkit is back | Blink your devices on blockchain actions!

techtek in #blinkit • 2 years ago (edited) 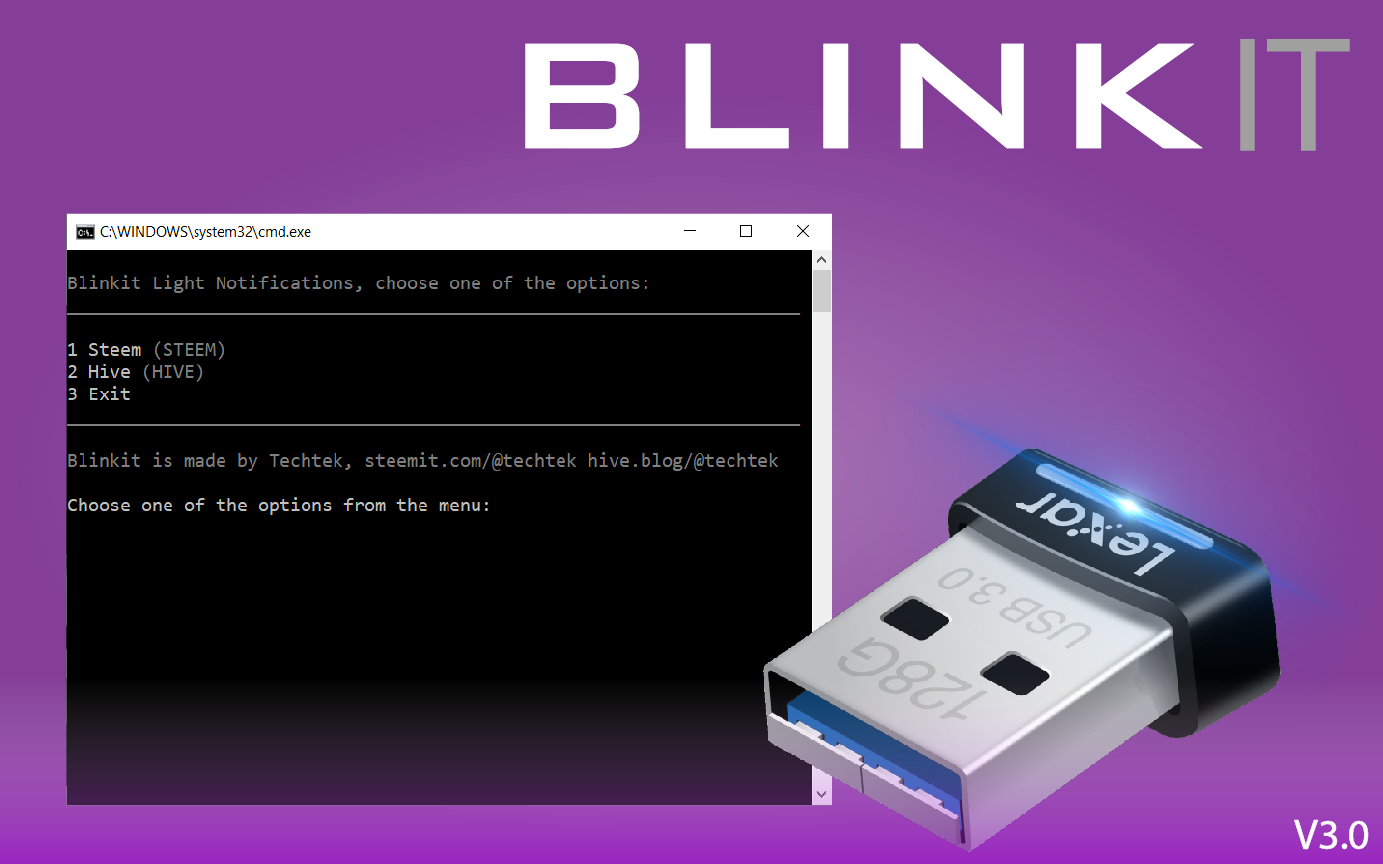 Blinkit is a smart home notification software that notifies you with (colored) light, and sound about blockchain activities. It was released around 2 years ago, and duiring it lifespan the 3rd party API's disappeared and situations changed. but at this moment things are very dynamic again with the creations of Hive, and Steem going its own path i wanted to make Blinkit work again and add in support for multiple blockchains.

Blinkit is compatible with already widely available and inexpensive devices. There is a big chance you even already have the required and supported devices at home!

Blinkit works with any USB flash drive that have a status LED, independent of brand or model!

Most preferable will be a USB stick with a bright LED and a small form factor. Around 2 years ago i started the Blinkit project, but after some time the 3rd party API's it was using to connect to the Steem blockchain stopped and no new Steem API's where available at the time, to get things up and running again.

The latest version was v2.8 and had support for over 20+ different products such as USB Sticks, Philips hue lights, Sonnof wifi switches, Arduino's and Logitech products.

Project goals are mostly the same as before: Open source software, make (cheap) devices compatible, ease of use is important, as well as it is made easy to start with coding by keeping the programs script easy to edit with a text editor.

The previous project had the same goals but the interface was made with Microsoft Visual Studio, with this new version the new interface will most likely be made as a HTA* (An HTML Application, a Microsoft Windows program whose source code consists of HTML, Dynamic HTML, and one or more scripting languages) which will result in the Blinkit interface being editable with a text editor and there will be no need to compile anything or install any software. A few quick and early first test with this kind of interface approach where promising.

Blinkit is open source, and only uses publicly availible blockchain data and therefore to work it only needs a Steem/Hive username, no password is required.

This new release of Blinkit connects directly to the official blockchain api's, (https://api.steemit.com/ and https://api.hive.blog) instead of using the 3rd party web api's.

It will take some time to implement the previous features and devices, and to update the website, but it's a start, Blinkit is back!

The previous version had a graphical user interface like in the above screenshot of the Blinkit website, but this new version will start basicly from zero, with some borrowed code from the previeus versions.

At the moment the only releasable working version, is available without a GUI interface and has more of a CLI feeling, and it will work and look like the below screenshot. Select a blockchain to use. Select the blockchain action that will trigger the light blink. In this menu Blinkit can be started, and it can be used to change device related settings and blockchain specific data. When a new action is detected this notification is shown and the light will blink and a notifications sounds is played.

To get started, download the files from the Blinkit Github repository.

(Besides using the menu you can also edit the settings in the txt config files manualy.)

(The path of the Blinkit folder cant have spaces or special characters in it.)

To make the light Blink longer you can change the Light Blink length from the menu. For small capacity USB sticks enter 3, for larger size / faster usb sticks you will need to set a larger number for a longer blink length.

At this moment in time, to use Blinkit you will need to have:

Look into a few drawers and you probably can find several USB sticks that can be given a crypto purpose with Blinkit!

You maybe would want to make some DIY modifications, below are two previous posts to get inspiration from to get you started: Thanks for your time to read about Blinkit, Please support Blinkit, if you like the project and want to see it expand.

New comments and votes on this post, as well as new followers, will blink a light in real time!

This looks quite cool! Next version... multicolor LEDs with configurable patterns? =)

Thank you very much, next version will have support for widely available cheap smart home lamps (and power switches) some of the supported lamps are multicolour, and i have one multicolour lamp at home costed 7 euro and it is working with Blinkit at this moment, but it needs a bit more work before it can be integrated in the Blinkit program.

Great to see you again @techtek. Any cool stuff for Hivers coming soon?

Thank you, first Blinkit will get more updates with more Hive features, and support for (cheap) smart home lights, later can maybe work on new things as well.

Cool! Will be nice to have some Hive Blinkit gadgets

I remember this. I'll be trying it out tomorrow when I have some time to spare.

Thank you very much, please let me know your test results, so far i only have tested it on two machines. 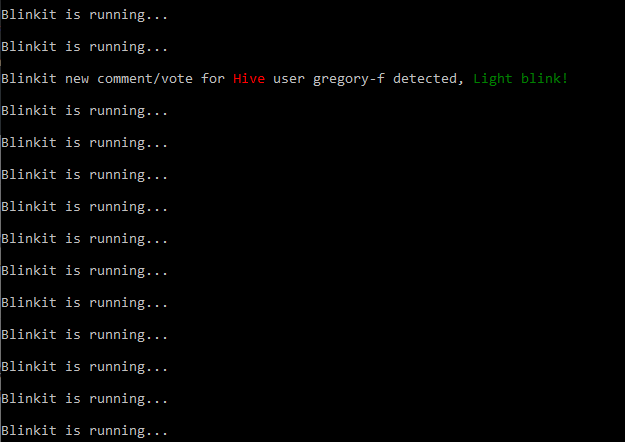 The sound notification works when I test it, but I'm not hearing it when a comment/vote comes in. Not sure if it's my machine yet. I'll test some more and let you know.

Thanks for letting me know, found the issue, will update it in the next version, but if you want to fix it you can open HiveCommentsVotes.bat in a text editor and find the notification section "Play windows notification sound", line 181 and remove >NUL and save the file, it should fix the issue.

Just updated the Blinkit project on Github with the fix as well.

Should we reunite mate! I am open for new challenges😁

Send me a message on Discord, lets catch up