prodan in #artemis • 3 months ago

NASA has completed stacking of the agency’s mega-Moon rocket and spacecraft that will launch the next generation of deep space operations, including Artemis missions on and around the Moon. Engineers and technicians successfully secured the Orion spacecraft atop the fully assembled Space Launch System (SLS) rocket at the agency’s Kennedy Space Center in Florida just before midnight Oct. 21. 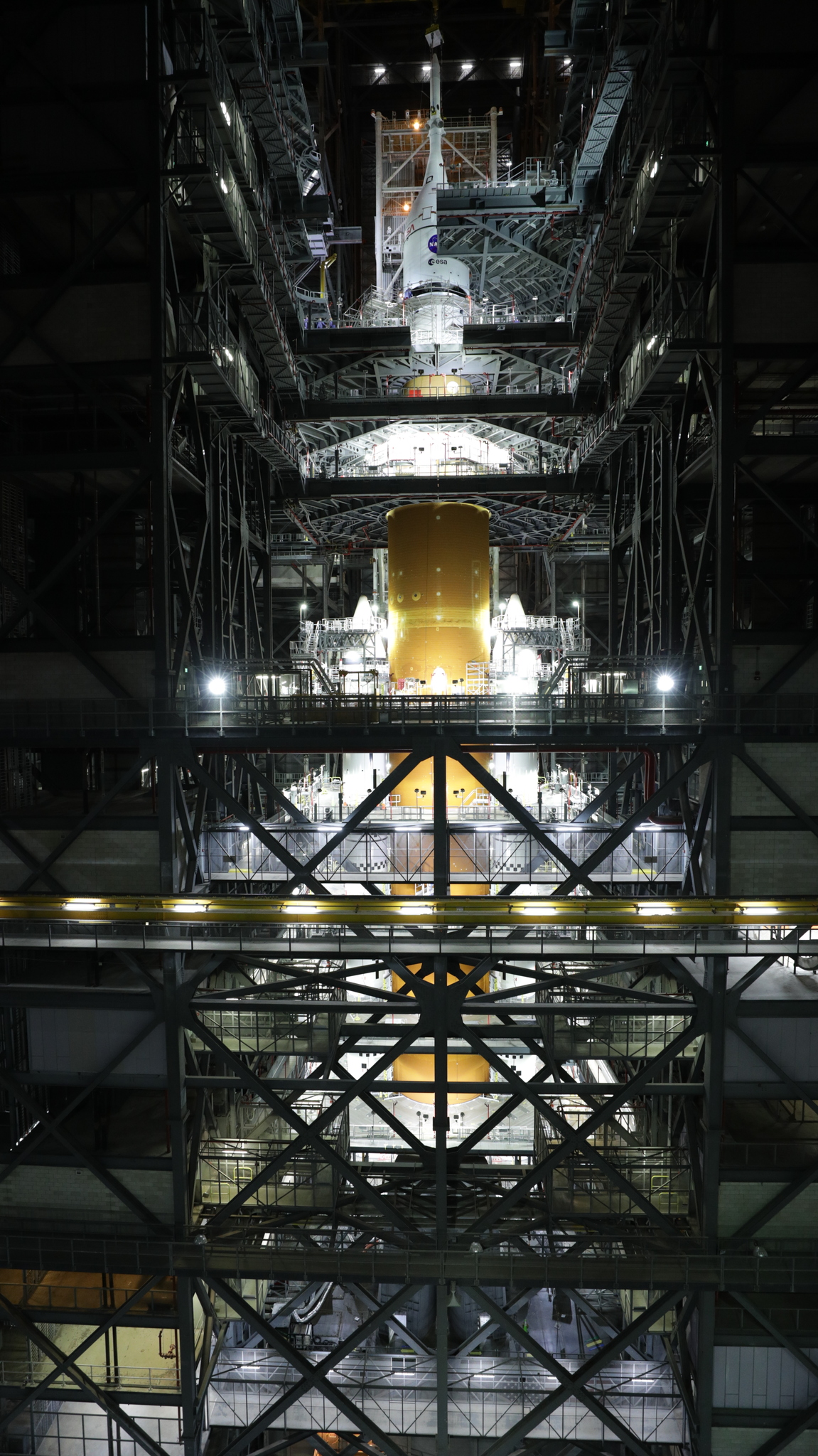 NASA completed stacking Oct. 21, 2021, of the agency's Space Launch System rocket and Orion spacecraft for the Artemis I uncrewed mission around the Moon. The stacking operations were conducted inside the Vehicle Assembly Building at NASA's Kennedy Space Center in Florida. Credits: NASA

NASA will host a media teleconference at 1 p.m. EDT today, Friday, Oct. 22, to discuss the completed stacking operations and progress toward the uncrewed Artemis I mission around the Moon. The teleconference will stream live on the agency’s website.

“With stacking and integration of NASA’s Space Launch System rocket and Orion spacecraft complete, we’re getting closer and closer to embarking on a new era of human deep space exploration,” said NASA Administrator Bill Nelson. “Thanks to the team’s hard work designing, manufacturing, testing, and now completing assembly of NASA’s new rocket and spacecraft, we’re in the home stretch of preparations for the first launch on the Artemis I mission, paving the way to explore the Moon, Mars, and beyond for many years to come.”

Participating in the briefing are:

The stack now stands 322 feet tall inside the Vehicle Assembly Building (VAB) at NASA Kennedy as it enters the final phase of testing before launch.

Next up, NASA’s Exploration Ground Systems teams will conduct integrated tests of Orion and SLS along with the ground equipment, prior to rolling the rocket and spacecraft to the launch pad for a final test, known as the wet dress rehearsal. This final test will run the rocket and launch team through operations to load propellant into the fuel tanks and conduct a full launch countdown. Following a successful rehearsal, NASA will roll the stack back into the VAB for final checks and set a target date for launch.

Through Artemis missions, NASA will land the first woman and the first person of color on the surface of the Moon, paving the way for a long-term lunar presence and serving as a steppingstone on the way to Mars.