Organic and mineral fertilization in areas established with pastures/ Chapter I

amestyj in #agriculture • 4 months ago (edited)
Dear readers, in tropical areas, a large part of the cattle is fed on the basis of pastures, ecosystem-grasslands, the return of nutrients to the soil is made of naturally through the leaves that fall to the ground, and by the excreta of grazing animals, however, they do not cover entirely the requirements of the soil and forage crops. 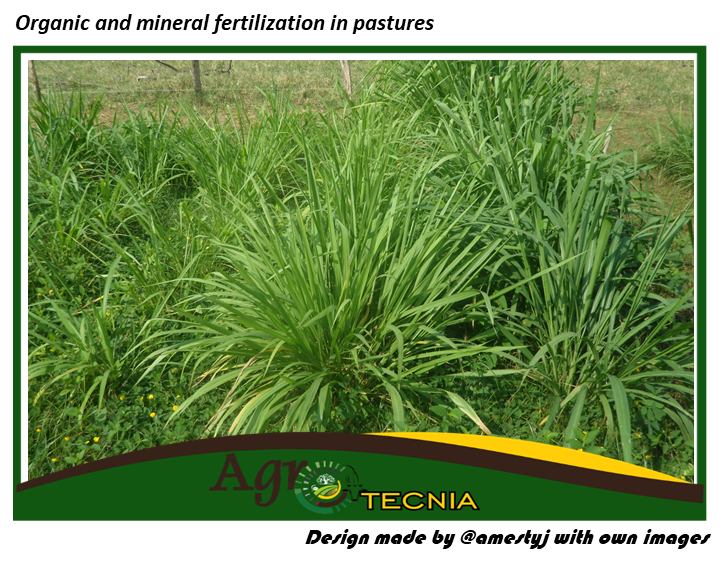 That is why, within the management that is implemented for the supply of nutrients to the soil is the fertilization, which according to Guzmán (1996), seeks to apply the nutrients needed to the soil-plant systems for these forage species are able to absorb sufficient quantities of essential nutrients and thus cover their requirements at each stage phenological.Currently, there are various alternatives of organic fertilization that allow to correct the nutritional problems that occur in the ecosystems destined to the production of grass, this type of fertilization allows to apply the necessary nutrients to the grassland systems so that these forage species can absorb sufficient amounts of essential nutrients.
In this regard, in the present manuscript we share with you the experiences gained with an experimental trial where we evaluated an alternative fertilization known as biol which is made with endogenous resources of the production units as an alternative to raise the levels of production of the land thus fertilizing the pasture with organic elements and decrease gradually, the use of synthetic fertilizers such as urea, which can get to be very cost and bring some imbalances to agro-ecosystems when it is used in excess.

Without further ado, let's start with the description of the experimental trial.

Let's start by pointing out that the research was carried out in the Los Madros C.A. Agricultural production unit of the Colón Municipality, Zulia State, the effect that urea and biol could have on some agroproductive characteristics of the Megathyrsus maximus grass was evaluated. To establish the field trial, a randomized complete block design was used with a simple randomized sampling and three (3) treatments T0 (Without fertilization); T1 (Biol 200 L/ha) and T2 (75 Kg/ha of Urea). 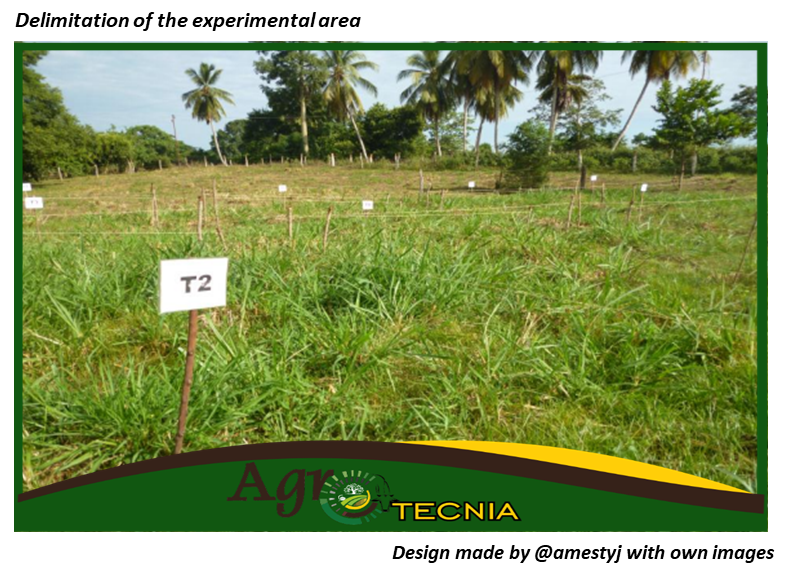 It is necessary to point out that with this design, homogenization of the surface where the treatments were established was sought and reliable results were obtained, that is, all experimental units were treated equally, except for when a specific treatment was applied.
On the other hand, to establish the dose of mineral fertilizer used (Urea), took into account what was recommended by Fusagri (2005), who point out that the dose of nitrogen (N), recommended range of 50 to 75 Kg N/ha, for his part, Comerma, Casanova and Seville (s. f.), indicate that the species Megathyrsus maximus requires approximately 63 Kg N/ha.
Based on the aforementioned, the Urea dose for the T2 treatment is 75 Kg of Urea equivalent to 35 Kg/N; as for the biol dose, the one recommended by Canovas (2014), of 200 L/ha in a 50% dilution, was applied. The doses show that it is desired to reduce the use of the urea mineral fertilizer compared to the recommended doses, applying the biol that is known to be a growth stimulator that can increase the yield of the pasture crop, maintaining an adequate quality. Once the experimental area was delimited and the biol organic fertilizer was ready, the grass was cut to a height of 10 cm starting from the ground to achieve uniformity in the area, from there the biol and urea were applied with a frequency of 30 days.Regarding the study variables, they were measured every 30 days and the methodology to study each variable was as follows: 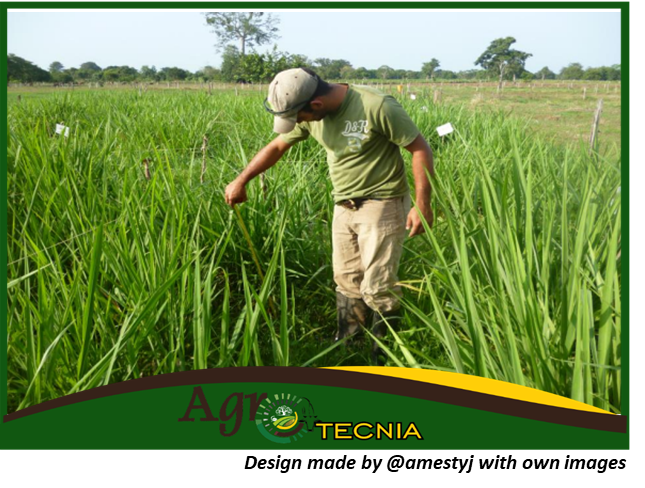 Dear readers, in order not to make the manuscript longer we decided to divide it into two chapters, in this first chapter we made known how the field trial, the experimental design and the treatments used are carried out, which is of utmost importance to achieve reliable results, in the next installment we will share the results obtained and future articles the elaboration of several liquid organic fertilizers based on bovine manure.

Until a next installment, thank you for staying until the end.