Let's talk about the ecological control of insect pests in agro-ecosystems.

amestyj in #agriculture • 3 months ago (edited)
Dear readers, in previous installments we have described some aspects about the control of insect pests and have even shared some results of some diagnoses made in some areas destined to coffee planting, all this, with the intention of publicizing the management that is implemented in agro ecosystems to be able to keep out some species of insects that can be harmful to the productive yield of crops. 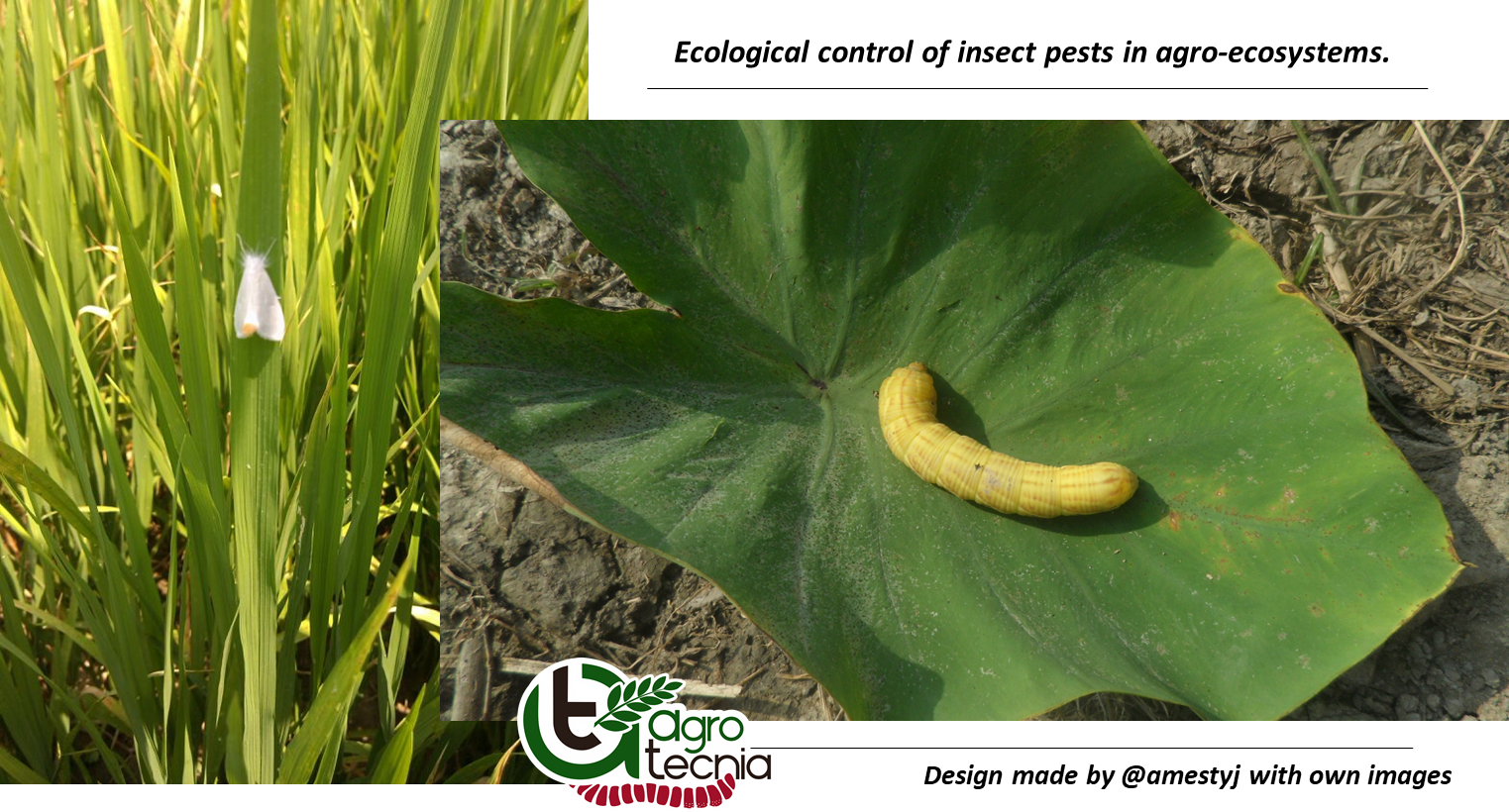 In this same order of ideas, diagnostics have been implemented again in some sectors of the southern zone of Lake Maracaibo and Valle del Mocoties of the state of Mérida Venezuela, information collected by students of the National Experimental University South of the Lake, where it has been concluded after processing the information collected that some producers in these areas base pest management with agroecological methods, considering them easy to apply, in addition to helping to reduce costs, what could become healthy and sustainable plantations.
Some researchers such as Nicholls (2010), point out that problems with insect pests can be controlled through a restructuring of agricultural systems, designing diversified systems that allow the natural regulation of insect pests, of course to establish them must have knowledge about insect populations that can control others. On the other hand, Cañedo, Alfaro, and Kroschel, J. (2011), indicated that among the pest insect controls was the chemical with synthetic pesticides that have become one of the most common means to control pest insects and weeds. However, these products, which at one time offered the possibility of solving problems created by pests, have brought a number of dangers and risks (poisoning, soil and water contamination) due to their indiscriminate use.
Based on the aforementioned, a bibliographic review of different academic and scientific articles was carried out to determine which would be the most used agroecological methods and the following information was obtained:
Dear readers, this bibliographic review on the ecological management of insect pests, allows us to affirm that these alternatives are efficient, achieving the objective for which they are implemented without having to alter the natural components of the ecosystems destined to the planting of crops. Biological control can also be included with the use of entomopathogenic fungi and bacteria that using them preventively can be very effective and economical. Without a doubt, sustainability is achieved by maintaining an economic, environmental and social balance, which is why these alternatives are currently the ecological technologies we need. I believe that we should use diversity as means to control insect pests instead of chemicals, even if the latter is tempting and probably easier to implement. The price to pay is however very often very large. Fortunately, more and more will think like this.

Hello dear friend @lemouth, we all hope that the aforementioned alternatives will begin to become more widespread, although it is already a great advance that some producers are implementing some of these practices in different crops. Pesticides are unsustainable if they are applied excessively, due to their high costs and the imbalance they cause in ecosystems.

Pesticides are unsustainable if they are applied excessively, due to their high costs and the imbalance they cause in ecosystems.

They also lead to issues on our (i.e. human's) health. All together, this should provide sufficient motivation to stop using them at all (especially as alternatives now exist).